If You’re in NYC… 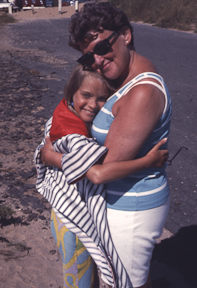 I am honored to be giving a talk about Mom at a fashion illustration event at the famous Fashion Institute of Technology (FIT). This is a sketch class for fashion illustrators and I will be interviewed at 2:30, August 17.  If you’re in the area, please stop by.  There’s no fee to listen.  I’ll also be bringing some of our products and they will be for sale.

Here are the details:

And we will also be showing the collection at the Kitchen Papers booth at NY Now (formerly the NYIGF).  Booth 3054.  I’ll be there from August 18-20.

It’s going to be an exciting week!

Posted in Memories of the Model Stand, The White Cabinet News

August 4, 1958, Hilda was in Doctor’s Hospital on the Upper East Side of Manhattan giving birth to me, her only child. She was almost 45 years old and had been married 20 years. She decided she wanted a child and had no worries that there would be any problems. Nowadays, this is a much more common occurrence, but 55 years ago, it was almost unheard of. Mom was a ground breaker in many ways.

I can’t believe that I am 55 years old.  In my mind, I’m 25 years younger.  And people say that I don’t look my age, whatever 55 is supposed to look like.  But I do know that the excitement and success of having this new business makes me feel like I shouldn’t be getting the Senior discount at the supermarket.  Thanks Mom, for keeping me young!  You still are taking care of me. 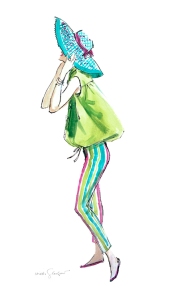 Sandy circa 1957 is one of my very favorite drawings.  I just love her outfit!  You all give me  a gift every time I hear how much you love Mom’s work, so for my birthday present to you, from August 3 thru 5, a 9×12 Limited Edition Print of Sandy will be on sale for $37.50.  She’s 50% off!  I want everyone to be able to have her hanging in their boudoir.

Sandy is printed on a heavyweight fine art paper called BFK Rives, mimicking the look and feel of the original.  She is numbered and her name and date are hand written in the corner.  “The White Cabinet” seal is also embossed on the page to ensure that your have the real thing.

Thanks everyone.  I think this is going to be one of the best birthdays ever!

Posted in About Hilda, Reflections, The White Cabinet News

I’m just back from the AmericasMart Gift Show in Atlanta where we introduced a few new products and they are also my new favorites. Of course when you arrive at the party, the table is set.  Then for your second … Continue reading →

A Little About Bernie

This whole venture is all about my mother and her immense talent, but when I was growing up, the artist that everyone looked up to wasn’t her.  It was my father, Bernard Glasgow.  He was a fine art painter whose work was exhibited at places like the Brooklyn Museum with the likes of Georgia O’Keefe. He was represented by 57th Street galleries in Manhattan.  Mom and Dad met at when they were taking classes at the Art Student’s League.  In those days, anyone who was serious about art went there.  Dad was a class favorite of teachers  Rico Le Brun and Jon Corbino.  He was a talent.

Bernie was born in 1914 in the Bronx.   He couldn’t wait to get to Manhattan and rented a cold water loft there when he was 17 and gradually moved out of his parent’s apartment. He went to NYU and then the League.  His style of work matched the progress of the century.  He started off realistic. 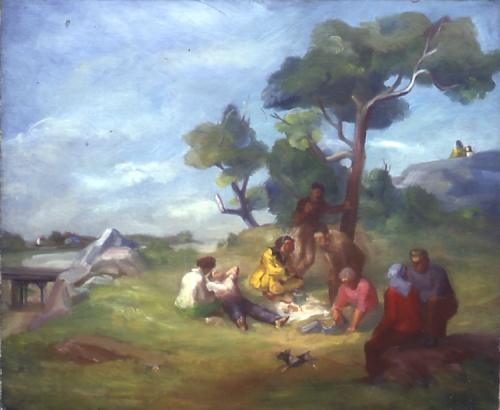 In 1941, he won a prestigious WPA award to paint a U.S. Post Office mural that still hangs in Salem, West Virginia.  (I have to do a road trip soon.) 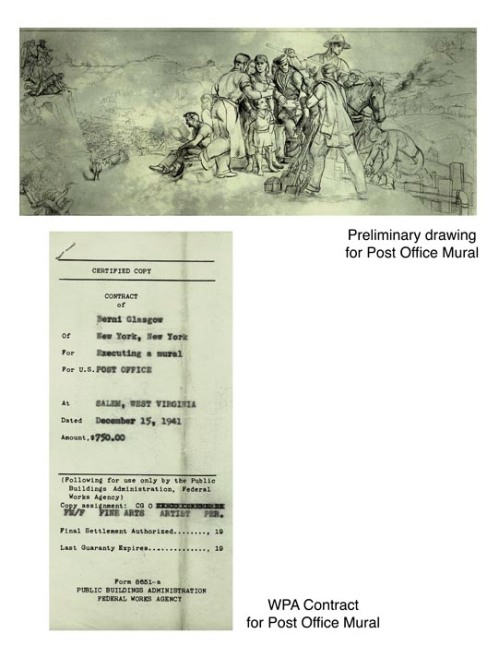 He served in North Africa during WWII, but saw no action.  Stationed in Casablanca, he painted murals and camouflage and was honorably discharged as a Staff Sargeant.  After the war, his fascination turned to Cubism. 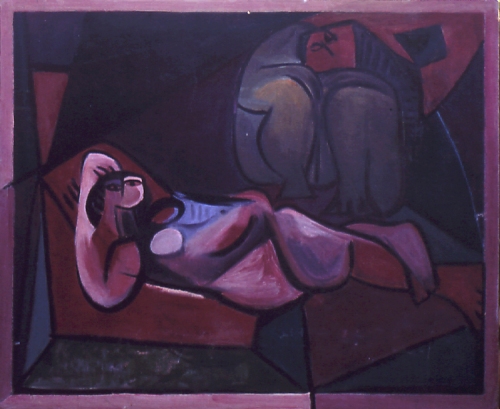 and then Abstract Expressionism.

He pretty much stopped painting by the early 1960’s and became an art director at a Madison Avenue ad agency.  And yes, Mad Men does bring me back.  It’s like a recreation of place I remember visiting as a kid.  He was a curious man, always creating something, whether it was designing a desk or taking photographs.  He loved kids and was a favorite parent to my friends.  He was always taking us to the amusement park, beach or, his favorite, the many NY museums.

Some of his paintings were out in the world and many were in our apartment.  When he was about 70, he got a call from a gallery who was trying to find Bernie Glasgow. They had just bought one of his paintings at an auction.  Coincidentally, the gallery was a block away from where we lived.  I walked over with him and there was a large, bright realistic painting he had done of a party in Rockport, Massachusetts in the 1930’s.  He had been Jon Corbino’s teaching assistant there.  I remember him looking over the painting and I could see him traveling back to those years.  Then he asked how much it was selling for.  The dealer said $7500.  They had a nice talk and when we walked home he stopped and said “When she said $7500 I almost had a heart attack”.  He couldn’t believe his work could sell for that amount of money.  The painting did sell a few months later, but unfortunately, Dad had passed away by the time I found out.

Over the years, Mom and I found renewed interest in his work and it’s now represented at the Papillon Gallery in Los Angeles.  Dad was a doting father. He would have been thrilled to know that he was able to take care of me and Mom long after his death with the sale of his paintings.

He was the real deal.

Posted in About Hilda, Reflections

I don’t do this too much, but I’m so excited about the new collection and want everyone to enjoy it, so here you go.  Everything July 1-3 only everything is 10% off.  Frame the cards!  Have a wall of Hilda’s for a mere pittance.  Be inspired!

Posted on July 1, 2013 in Memories of the Model Stand, The White Cabinet News

Who Were They and Where are These Drawings?

I know I’ve gotten a slow start, but I am now understanding the Pinterest addiction.  It’s my new museum, wandering the halls looking at beautiful images and never leaving my home.  Whether that’s entirely good is another story…  Of course, I wandered over to the Fashion Illustration Gallery and what outstanding images I found. 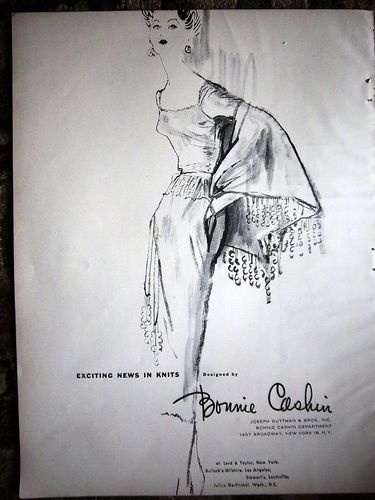 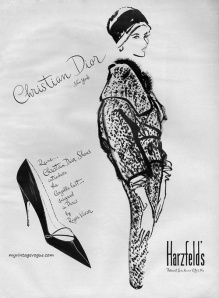 How great are all these?  And all anonymous.  For all I know  maybe one is Mom’s.  I hope there are other children and grand children out there who are rediscovering all these wonderful works of art before they get lost to the wind.

And now onto the next gallery. What will it be? – Great Designers or maybe, just for a smile, Cute Baby Animals.  This is the best museum!

Posted in About Fashion Illustration

Just a quick update on our second year at the National Stationery Show. It was a huge success adding lots of small, cool boutiques as well as some national and international chains! Wow!! It was also wonderful to see many of my booth neighbors from last year back and selling strong. Congratulations to everyone including Sarah at The Permanent Collection and Allison and Jessica at The Social Type. You all are so talented and so sweet as well!!

Next stop the AmericasMart Gift Show in Atlanta in July. Who know what that will hold for us. Thank you Angie, Robby, Dale, Courtney and Natalie at Kitchen Papers making our show a smash! 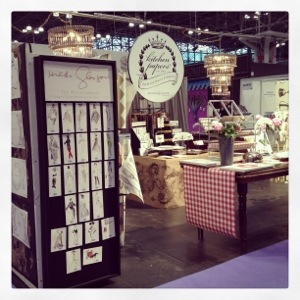 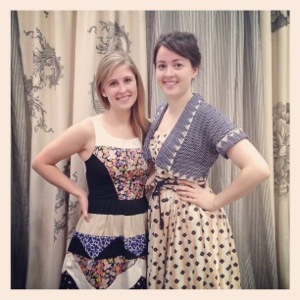 Posted in The White Cabinet News

It’s hard to believe that it’s been a whole year since our national debut at New York’s National Stationery Show.  It feels like last week. Or a decade ago. I can’t decide which.  Last  year at this time, the line was in about 5 stores.  After NSS in May, that jumped to 20. Because of the show, 2 rep groups took us on. The store list grew to over 50.  I met Dale Laurence from Kitchen Papers doing the LA Gift Show last July. He thought our lines might work well together.  In September, I went down to Nashville to meet with the aforementioned Dale and owners Angie and Robbie Cook.  We launched the new Hilda Glasgow Collection last January and as of today, I am thrilled to say that we are in over 500 stores worldwide.  Crazy!  So, yes, it feels like I was setting up my little 6’x8′ booth yesterday, but I also feel like 10 years of progress has been compressed into one short year.   Who knows where we’ll be next year at this time. Whew! I’m exhausted, but sure am enjoying this ride.

If you’re going to the National Stationery Show, please stop by booth 2844 and let me introduce you to Hilda’s gals.

Some of our products

Posted in The White Cabinet News

Everyday is Mother’s Day for Me 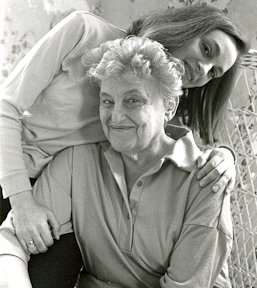 Mom married Bernie Glasgow in 1938.  She was 25.  Dad was a painter and it was decided that they weren’t going to have kids.  She was fine with this. They had a great life together, enjoying work,  travel, friends and family.  But after almost 20 years, she decided she had changed her mind and I guess Dad agreed.  She was about 44 and had trouble conceiving. They went through all the tests available in 1957.  Not much more could be done.  So, just like she always did, she looked forward to a different adventure.  They bought a car and were planning a trip to Mexico and then… You know the rest. I was born August 4, 1958 and she was turning 45 in December.  I asked her if she ever had reservations about having a child so late in life, and a first child at that.  She said no.  She just knew it was going to be fine.  And it was. More than fine.

This whole experience of The White Cabinet has been an ode to my Mom.  How I miss her.  Thank you everyone for your comments, encouragement and memories of your own mothers.  Some people have told me that my story has inspired them to honor their Mom’s in their own way. I never thought that this would affect so many people.  It’s extraordinary.  Now onward to year 3 of this amazing journey.  I can’t imagine what lies ahead.

Posted in About Hilda

The ease of Mom’s drawings makes you forget how truly hard it must have been to bring a new spirit to each drawing.  The more I look, the more I see that each gal has her own unique personality.  I wonder where she started.  Did the clothing lead the way?  Or the real model? Or did the client dictate a specific look?  With a few lines of a face, she captured sophistication or wonder or sweetness.  Maybe haughty, but never mean.  That wasn’t Mom’s style.

Here are a few… 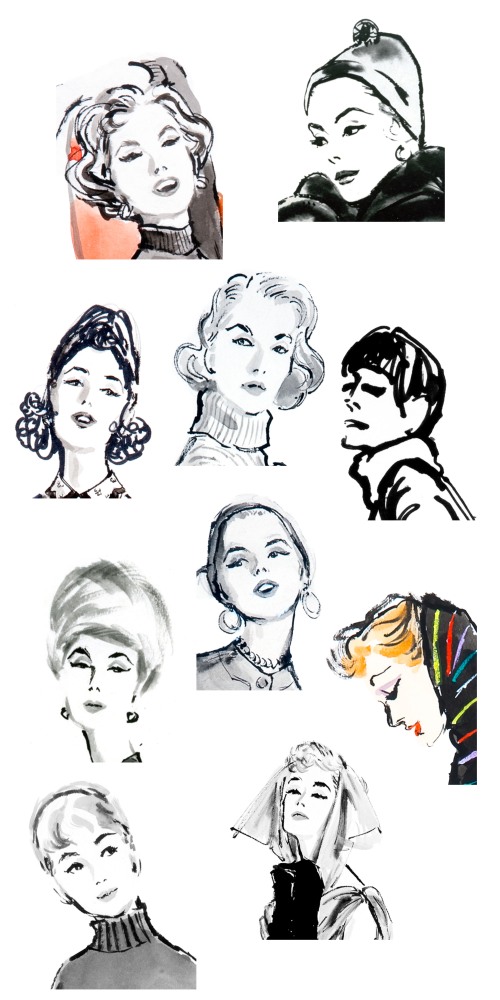 and of course, here’s my favorite…

Posted in About Fashion Illustration, About Hilda, Reflections